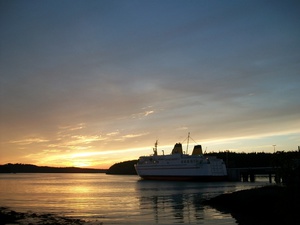 After driving 3 hours from the airport in Bangor Maine, I enter into Canada and arrive at Blacks Harbor where I catch the hour and 30 minute ferry ride out to Grand Manan Island.  I love Canada!  I have already eaten almost a quart of blueberries. 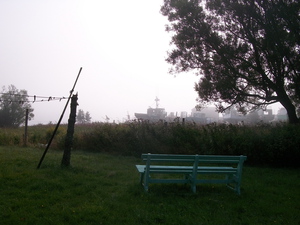 A friend generously gave me his house for two weeks, a perfect cabin at the end of Ingalls Head. 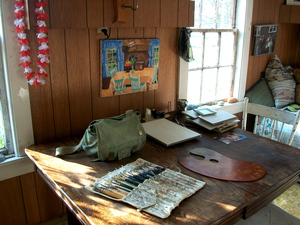 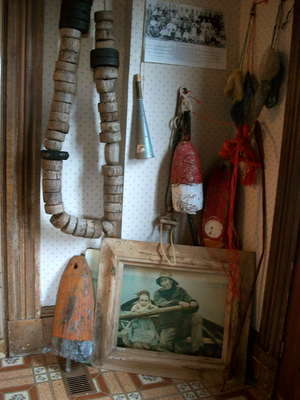 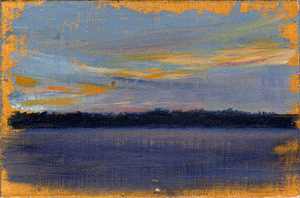 From sunrise to sunset, following the time and the changing light. Listening to radio theatre and fresh fish every evening.  Click here to see the other Landscapes 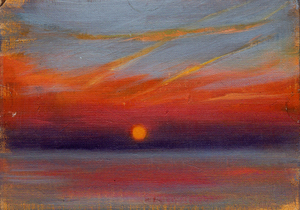 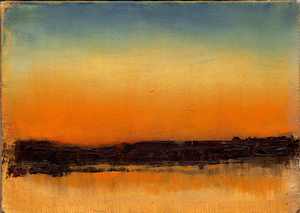 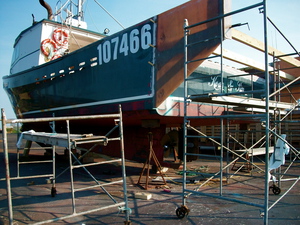 Behind me was the boatdock and the Ross Island Lighthouse which is one storm away from becoming twigs. Everyday someone was out there working, soon after first light, getting the boats ready for the winter lobster season. The fog rolls in as often as the tide. 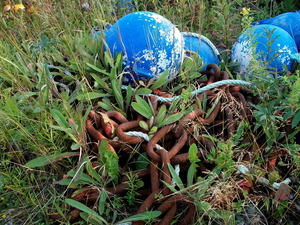 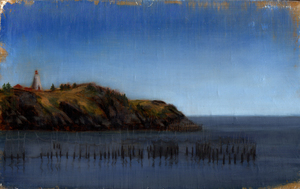 I followed a small trail that led into the woods and it opened up onto a perfect view of the Swallowtail Lighthouse.  A great spot to watch the sea lions playing near the two main herring weirs in North Head.   These weirs, still in use, are named Coralee and The Intruder.  One proudly carries a womans name and the other is branded by its audacity. The weirs, deep rooted in society, tell the continued history of the fishing community. 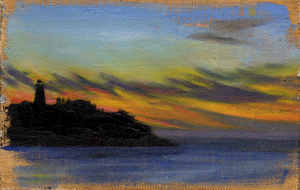 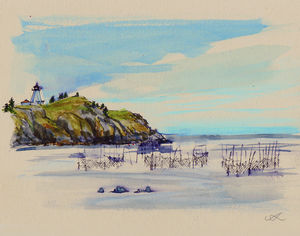 I was fascinated by these heart shaped weirs.  The islanders honed their skills and lived by the rythms of the ever changing tide.  They survived on smoking fish and dulse gathering for 300 years before the ferry service.  Amazing steadfast and focus. To see all of the landscapes click here. 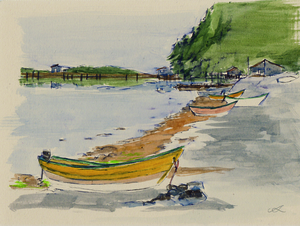 Thick fog rests in Dark Harbor on the west side of the island.  Twice a day at low tide they go out to gather dulse and sea lettuce.  The tide drops up to 28 feet on some parts of the island, changing every year. This small island supplys 75 % of the dulse we eat in america. 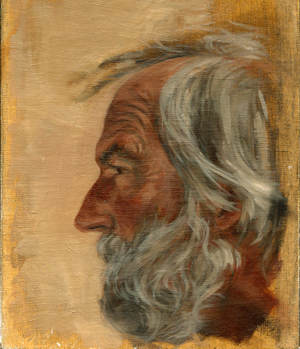 Halfway through my trip, I locked the keys in the the trunk of the car.  I didnt have a phone so I wandered into a shop called Pettes Cove Gifts and met Sue & Mike Stymest.  They found me a locksmith and I ended up drawing him and painting his portrait over the next two days.  Click here to see these portraits.  His face was two piercing blue eyes with crashing waves for a beard.  How much someone can speak without saying a word. 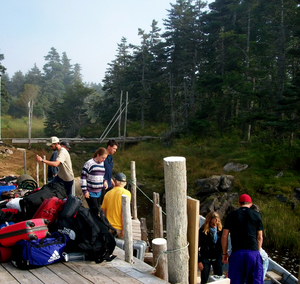 I met a man named Russell Ingalls, a 5th generation fisherman, who could navigate those waters blindfolded with both hands tied behind his back.  I got to hop on his boat for a trip out to Kent Island to drop off a group of research students from Bowdain College.  Heading out into the fog we end up at the most remote place I have ever been. The silence is so loud and you can feel the solitude in the air like a blanket of snow. 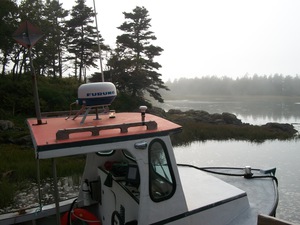 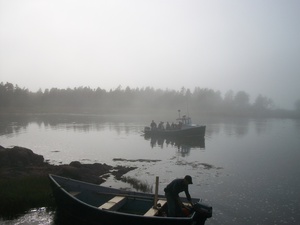 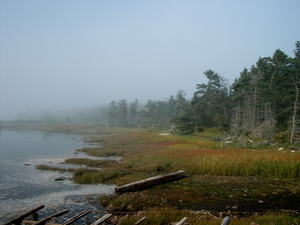 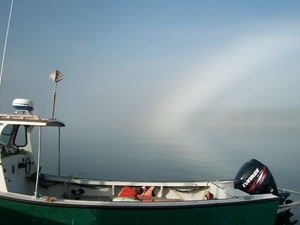 He left me on the bigger boat as he took the last person to shore in the dingy.  As I sat in awe of the thick white fog and the passing birds, the sun shone though and revealed a fogbow. I felt like I was seeing a mermaid or a mirage, the colors so full of white it was allmost too brilliant to see. 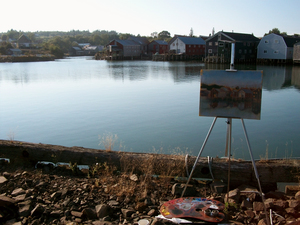 Then back to dock in Seal Cove where the landscape of buildings and wharfs dates from the 1870's.  The boats would bring the herring to be cleaned, smoked and packed. There was a time when the whole island worked in the smoked hering industry. 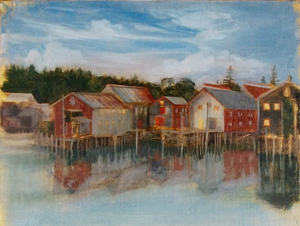 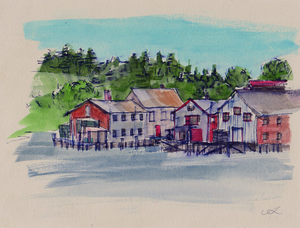 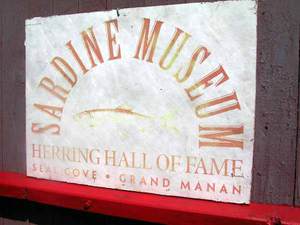 and then there is Michael Zimmer's Sardine Museum and Herring Hall of Fame!!!! 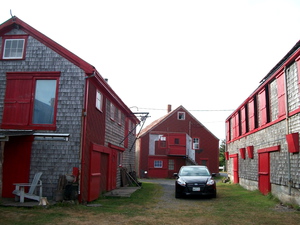 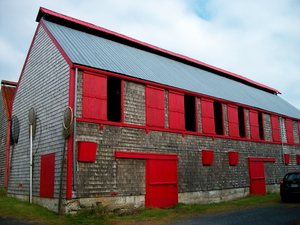 There is too much to say about this place I cant even begin yet, but what I will say is, you will hear about this place again and again in my future.  I jump into this project like I am setting out on an adventure.  The photos of my friend Peter Cunningham say it best. (click here to see pictures from his book) 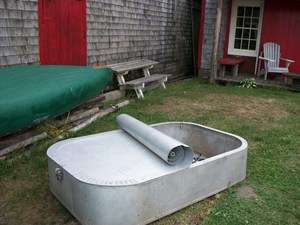 I will let you know how things progress on my next trip to Grand Manan... 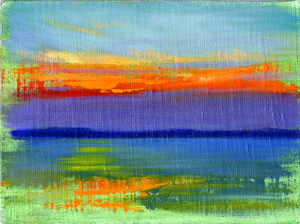 untill then, you can think of me at sunrise and sunset, because somewhere I am probably watching it....